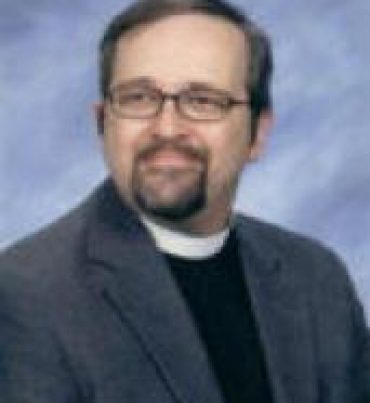 His professional career took him to East Brunswick, Plainfield, South Amboy, Rahway, Roselle (the latter three communities as the director) and Somerset County; he retired in 2018 as Director of Public Services. He served on the board of the regional library cooperative, including three terms as president, and was treasurer and second vice-president of the NJ Library Association, among other committee responsibilities over the years. He has written articles for a number of professional publications, and is a long-time fiction reviewer for Library Journal.

Keith was a member of the first class of deacons in the Diocese of New Jersey, and was ordained by Bishop G. P. Mellick Belshaw along with 21 others in April 1985. He served first at Christ Church, New Brunswick. In 1987, he joined the staff of Grace, Plainfield, ministering there until 2000. In October 2001, he became the deacon at St. John’s, Somerville,

Keith’s initial ministry was with teens but later changed to serving the wider diaconal community. He served on the Committee on the Diaconate 1987-90, and then was appointed to the revived COD in 1994, serving as the chair from 1995 to 2002. In 2005, Bishop George Councell appointed him as one of three archdeacons for the diocese, with responsibility for diaconal deployment; he resigned when Bp. Councell retired. Keith has also served the diocese on the Nomination and Balloting Committees, Youth Commission, Standing Committee on Clerical Copensation, and as a clergy alternate to the 2006, 2015, and 2018 General Conventions.

For the North American Association for the Diaconate (now the Association for Episcopal Deacons), he served as chair of the Guidelines Committee, and a term on the board of directors. Keith writes a column on human relations for AED’s quarterly journal, Diakoneo. He has been a member of the board of The Fund for the Diaconate for The Episcopcal Church for almost twenty years, currently serving as president. He was elected by General Convention in 2018 to serve a term on the board of the Archives of The Episcopal Church.

Keith lives in Edison with his husband, Kir Rodriguez.

Deacon McCoy was born in Cambridge MA, where he attended the local public schools, and graduated from Harvard College with an A.B. in history in 1976. He also graduated from the [then] School of Library and Information Science at Drexel University with an M.S. in Library Science in 1978.