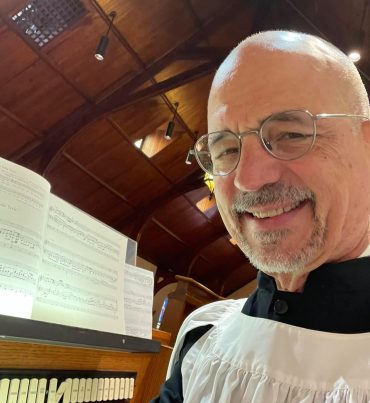 Mark Allen Trautman is Organist-Choirmaster and Administrator at St. John’s Church. A professional church musician since his teens, he has a broad range of experience building and strengthening music programs and developing congregational song. He is an award-winning organist, and has performed throughout the United States, England, and Germany. He has been described as a “clear and communicative conductor” by Classical New Jersey and he has conducted at the State Theatre and George Street Playhouse in New Brunswick, NJ Performing Arts Center in Newark, and the Round Lake Auditorium in New York. He has also been a featured organist on CNN and New Jersey Public Television.

Mr. Trautman earned bachelor’s and master’s degrees in organ performance and church music with honors and distinction from Towson University in Baltimore and Westminster Choir College in Princeton and studied at the Hochschule für Musik und Theater in Leipzig, Germany. He studied piano with Michael Phelps at St Mary’s College of Maryland, organ with Thomas Spacht and Eugene Roan, and orchestral conducting with Scott Whitener. Prior to his appointment at St. John’s, he founded and directed the St. Paul’s Choir School of Englewood, an award-winning, community- based youth choir educational program. Under his leadership, the choristers sang on stage with Kristen Chenoweth, the Chieftains, and recorded for HBO films. He served Christ Church in New Brunswick for 17 years, and is responsible for commissioning their unique Richards, Fowkes & Company mechanical action pipe organ and developing a full time, multi-generational choral program, and an award- winning concert series. He currently serves on the music faculty of the Mason Gross School of the Arts at Rutgers, the State University of New Jersey. He is in demand as a teacher, conductor, consultant, and guest lecturer, and has served as an adjudicator for events sponsored by the American Choral Directors’ Association, the American Guild of Organists, and the New Jersey Folk Festival.